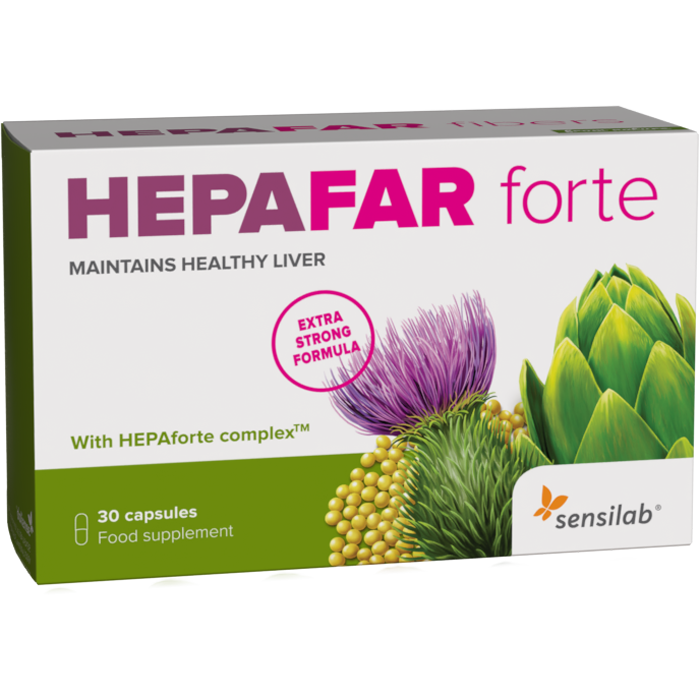 Revolutionary formula with the best ingredients for a natural liver cleanse!

Everyday stress, lack of sleep, heavy foods, alcohol, smoking, not enough exercise… all of these can put a burden on your liver. The problem is, most people don’t realise they have an overburdened liver.

What do you do when you get a headache? Most of us will take a painkiller. And what do you do if you have an overburdened liver? Nothing. When you have a headache, you feel pain. You know something is wrong, so you take action. But the liver has no nerves. It doesn’t hurt.

Since an overburdened liver is a condition that doesn’t hurt, we do nothing.

And if the liver fails, we only have 3 days to live.

The liver doesn’t hurt, but it does send distress signals

As an overburdened liver doesn’t hurt and its symptoms are so common, you may easily failto realise it’s just what’s been dragging you down...

The best for your liver health

Because we wanted to offer you the very best solutions for liver health, we’ve developed Hepafar Forte capsules. They have triple action:

Hepafar Forte contains aphosphocomplex silybin, a patented form of milk thistle silybin, encased in phospholipids. You can imagine it as a microscopically tiny oil droplet.

It allows our liver to use the milk thistle up to 10 times more efficiently, compared to similar products.

Aside from the patented combination of milk thistle (silybin) and phospholipids, Hepafar Forte also contains:

"Our blood and liver checkup showed excellent results. Because it helps improve digestion, it's so helpful in improving quality of life."

"I'm much happier and more satisfied with my figure now! I would recommend this to everyone and I'd rate this product very highly!"

"After the first 8 to 10 days, something magical happened. All of a sudden, I didn't feel tired anymore after I came home from work and I could finally spend quality time with my family. I've lost 8 kilos since I started using this product and my waistline has shrunk tremendously. I can finally fit into trousers that haven't fit me in years!"

"Once I started using Hepafar Forte, I noticed that I felt less tired and less sluggish. Thanks to Hepafar, I feel more confident about my body. It couldn't happen without Sensilab and I highly recommend it!"

"Hepafar Forte helped me recover from a long summer full of unhealthy meals. It restored my concentration and energy. I feel much happier."

"I no longer feel bloated and I've gradually started dropping weight. The change is especially noticeable in my hips. I've also lost some weight in the abdominal area and I feel so much better. The changes are incredible! I recommend it to everyone who'd like to do something extraordinary for their body!"

"I started feeling better, finally had more energy again and my digestion improved too!"

"Due to problems with excessive weight and bloating, I started to search the web for a solution. I knew that sweets were my weak point, but I never thought I could have an overburdened liver as I don’t drink alcohol at all! Then I tried Hepafar. First, I noticed I was less bloated, then my energy returned and I lost a quite a few pounds too! I’m really thrilled!"

"I have a sedentary job and spend quite some time in my car, so I usually sit over 14 hours a day. So it is no surprise that I gradually developed love handles. One day I decided to try Hepafar which I took for 3 months. I felt amazing! My digestion improved and so did my skin and hair. That encouraged me to lose quite a few pounds too, with some additional lifestyle changes, of course. I'd gladly recommend it to everyone."

"I was slimming down with the help of Sensilab products and it was recommended to me that I combine them with Hepafar. I decided to do the 3-month programme. I had more energy, felt so much better, lost some belly fat and visibly reduced cellulite, too. Thanks to these amazing results, I repeat the programme every year."

"Years of inadequate nutrition, stress and medication took a toll on my liver, causing fat to build up... I’ve been taking Hepafar for 3 months now and the results are very positive: my belly’s gotten flatter, I’ve lost quite a few pounds and detoxified my liver. If you find yourself struggling because of an overburdened liver, I suggest you try Hepafar ASAP."

"I felt very tired , I had trouble getting up in the morning and I gained weight, which was especially noticeable in the abdomen. My lab results showed that I had an overburdened liver. After a few months of taking Hepafar, I lost a lot of weight, I lowered my cholesterol and triglycerides, my liver enzymes are back to normal and I finally started feeling better."

"I feel better than ever. Anyone that struggles with stomach fat knows what a burder it is. Never in my life would I think that the solution would be so simple!"

The recommended daily intake is 2 capsules.

If you are hypersensitive or allergic to any of the ingredients of this product or use medication consult your doctor before use. This product is not recommended for pregnant and breastfeeding women.

Keep out of the reach and sight of children! Store in a dark and dry place at temperatures up to 25°C.